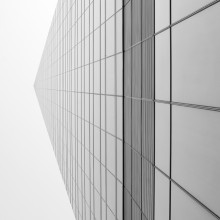 The Torre de Cristal (Spanish for Tower of Glass) is a skyscraper in the Cuatro Torres Business Area in Madrid, Spain, completed in 2008. With a final height of 249.5 metres, it ranks as the second tallest building in the country after neighbouring Torre Caja Madrid. In April 2007, its structure surpassed the height of neighbouring Torre Espacio, for a while becoming the tallest building and structure in Spain.

Warning: All rights on all photos published on this site is the property of their respective authors. Using without permission is strictly prohibited

Please do not upload meaningless or poor quality photos ESPECIALLY to the gallery. Otherwise you may be banned. This platform is for good and high quality photos only
Upload photos to marketplace (up to 10 files at once)
Available only in the marketplace for searching and buying. Unlimited uploads

Available in the gallery for rating and comments (also can be listed for sale). You can add a limited number of photos according to your account type
*You can upload unlimited number of photos to marketplace or portfolio,
choosing up to 0 files at once
Sign up

Join the Photocentra community
Discover more inspiring photos from photographers around the world. Take part in discussions and get recommendations.
Join the fast-growing community
Sign up
Or

Please wait, whilst the data is being saved
Using cookies we'll bring you the best experience on the website Learn more ❌