The Riviera Maya is a place to enjoy the sea, but the hidden cenotes are a jewel to discover and have fun. 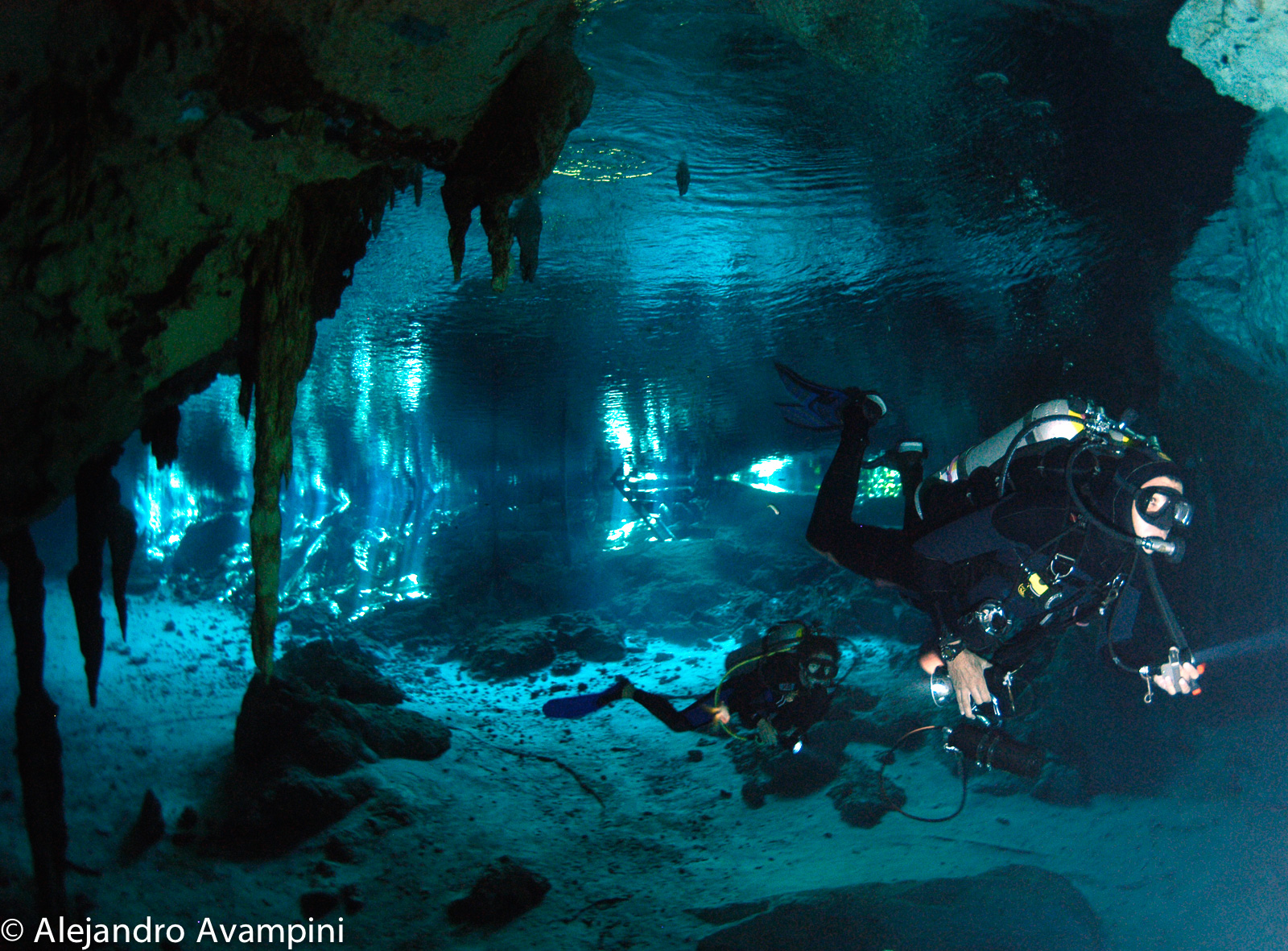 There are destinations privileged by the magic touch of the wand, or by the causality that leads nature to manifest itself in magnificent ways. Amazing geographies appeared on earth millions of years ago and today we visit them as adventurous birds or All Inclusive tourists. One of these fascinating destinations is undoubtedly the Yucatan Peninsula, southeast of Mexico. 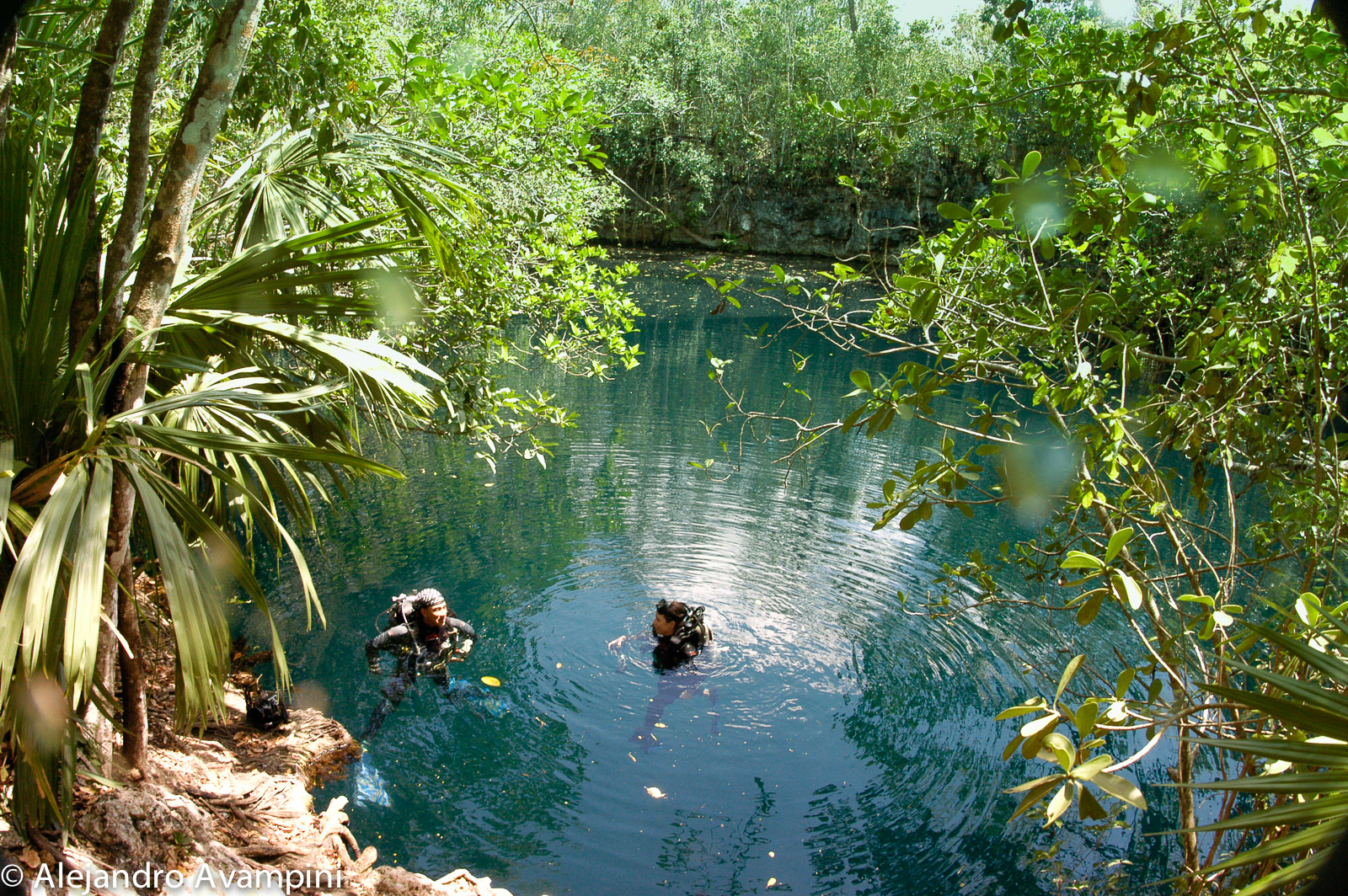 For a year we lived with Cecilia, my wife, in a Resort in the Riviera Maya, collaborating with her ecological foundation whose most important mission was the protection of the white turtle that comes out to spawn on the beaches between the months of May and October. In all that time we were invited by different tourist ventures to photograph and disseminate nature and the adventure options that this land has to offer. 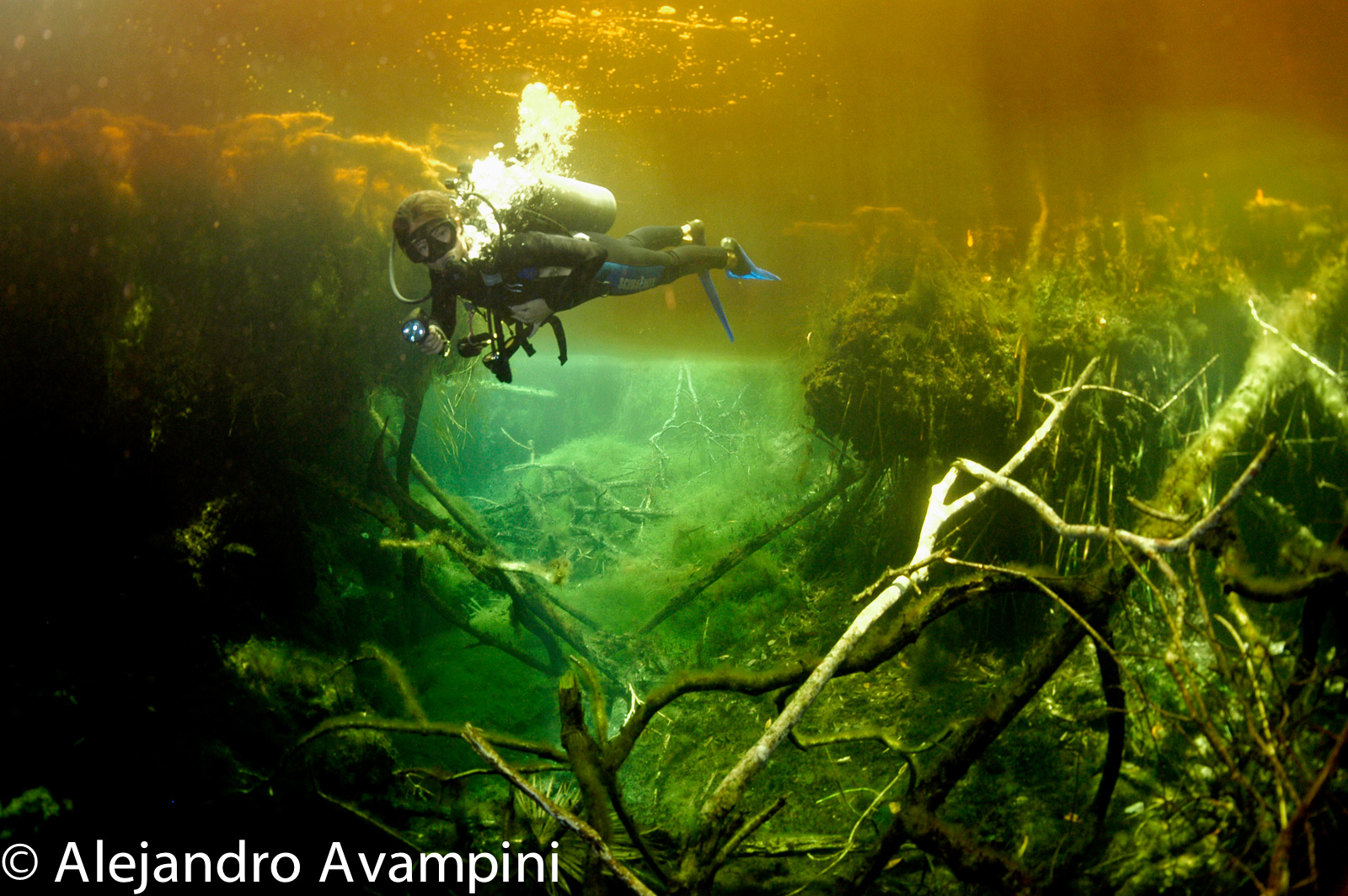 With whom we walked the most and we will continue to be grateful, they are the members of a Diving Agency that operated within the Resort, especially with Eugenio Aceves, a total diving boss and an excellent person, who in each outing he made with tourists to a cenote distant or to the island of Cozumel, he would pick us up, with everything necessary for the expedition. Thanks to them we got to know amazing diving destinations in the Riviera Maya, although in this article I am only going to write about Cenotes. 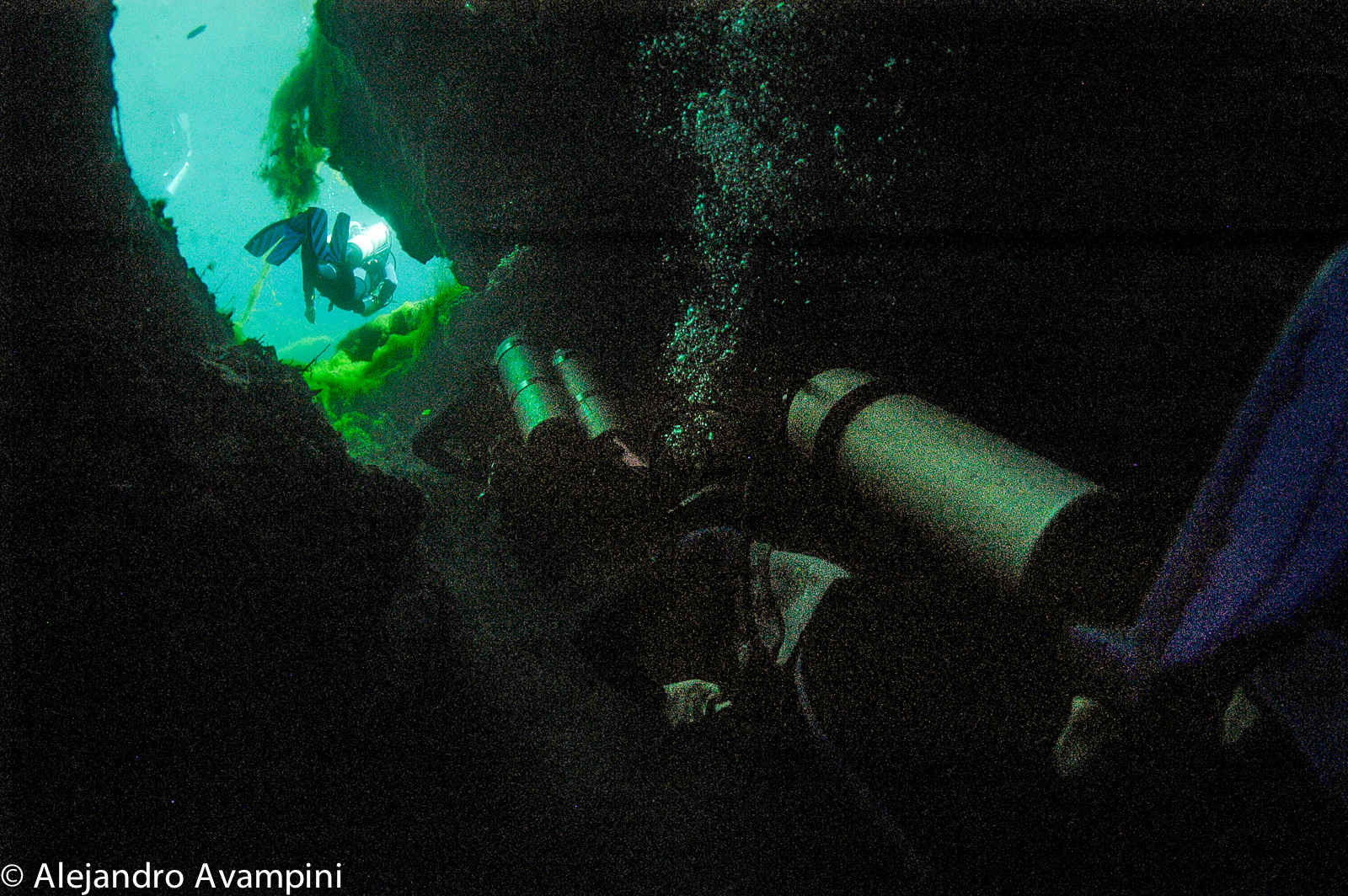 It may seem a bit heavy to you, but hey, I think that to give value to things we need to know them beforehand. And a place as incredible as this, you have to understand it. That is why I am going to tell you in a few lines an introduction to the cenotes.

The geological history of the Yucatan Peninsula is incredible, because all that immense surface that involves several states of Mexico, Belize and Guatemala, was submerged in the sea for millions of years. Until one day about 100,000 years ago, the famous ice age appeared, which created polar caps with a great concentration of water in different parts of the globe and affected the tropics, causing a marine regression and decreasing the surface of the oceans. .

As a consequence, the Yucatan Peninsula, which until then was a tremendous shallow coral block, was exposed. The corals died and their porous and permeable limestone rock soil was fundamental for the creation of the cenotes.The rains watered this gigantic extension of soil, and gave clues to the plants that today make up the Mayan Jungle. But in such a filterable and spongy surface, the erosion produced by the erosion of the rainwater that fell and ran down the Yucatecan soil towards the sea, diluted the bedrock and gave rise to underground empty spaces that, literally, transpired sediments by their roofs. That process for hundreds of years, decorated drop by drop, with stalactites, stalagmites and columns, amazing landscapes hidden underground. Thus, a large number of cavities were formed, countless streams through which the accumulated water flowed towards the sea, within tremendous caverns. In this way a network of underground labyrinths was created. 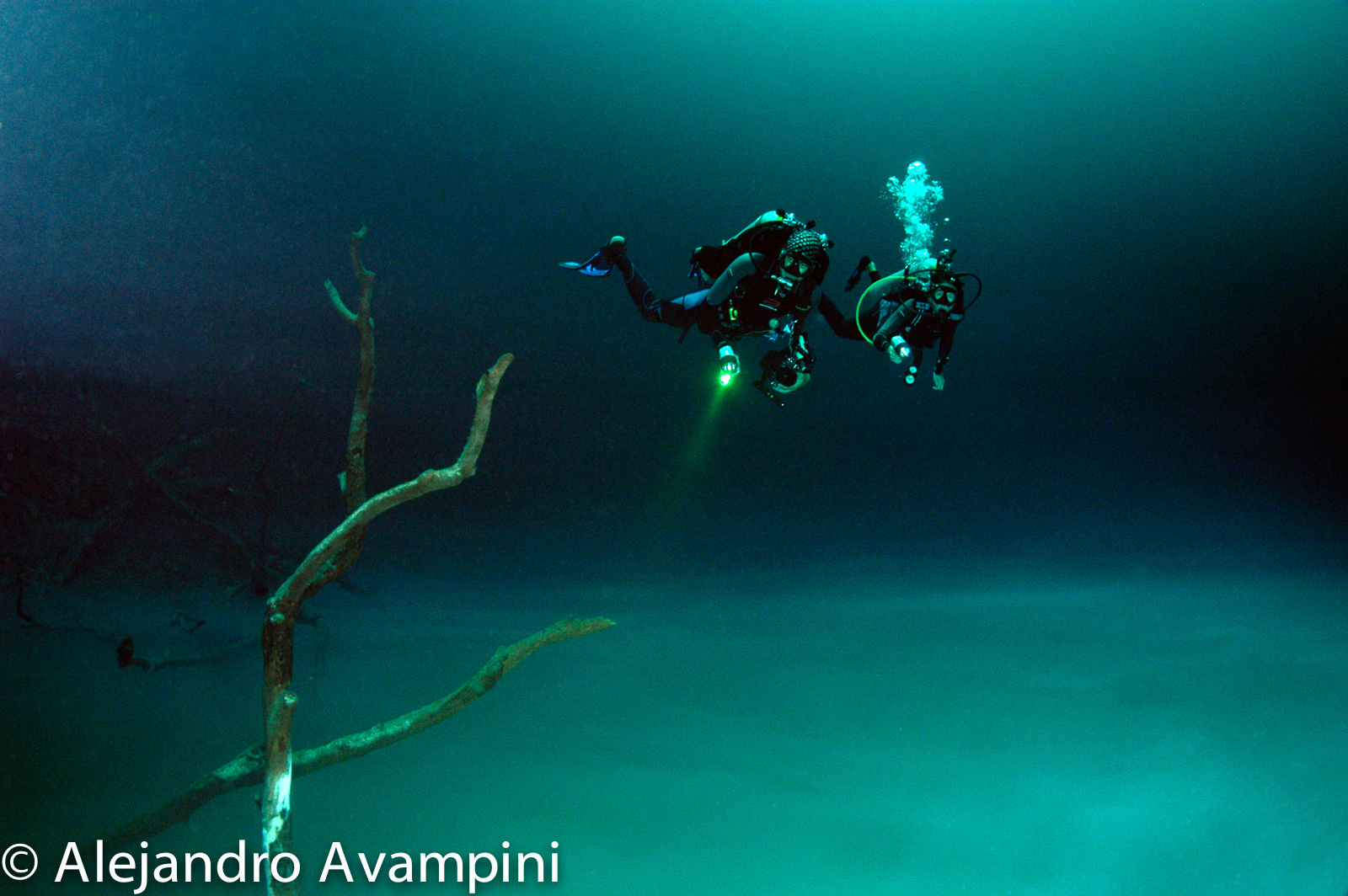 Then, just 10,000 years ago, the heat began with the postglacial era and the level of the oceans increased a little, due to the melting of the ice. The salty water from the sea entered these cavities and completely flooded some of the caves and others not so much, when they are submerged they are called closed cenotes and this is the first of the 4 types of cenotes. 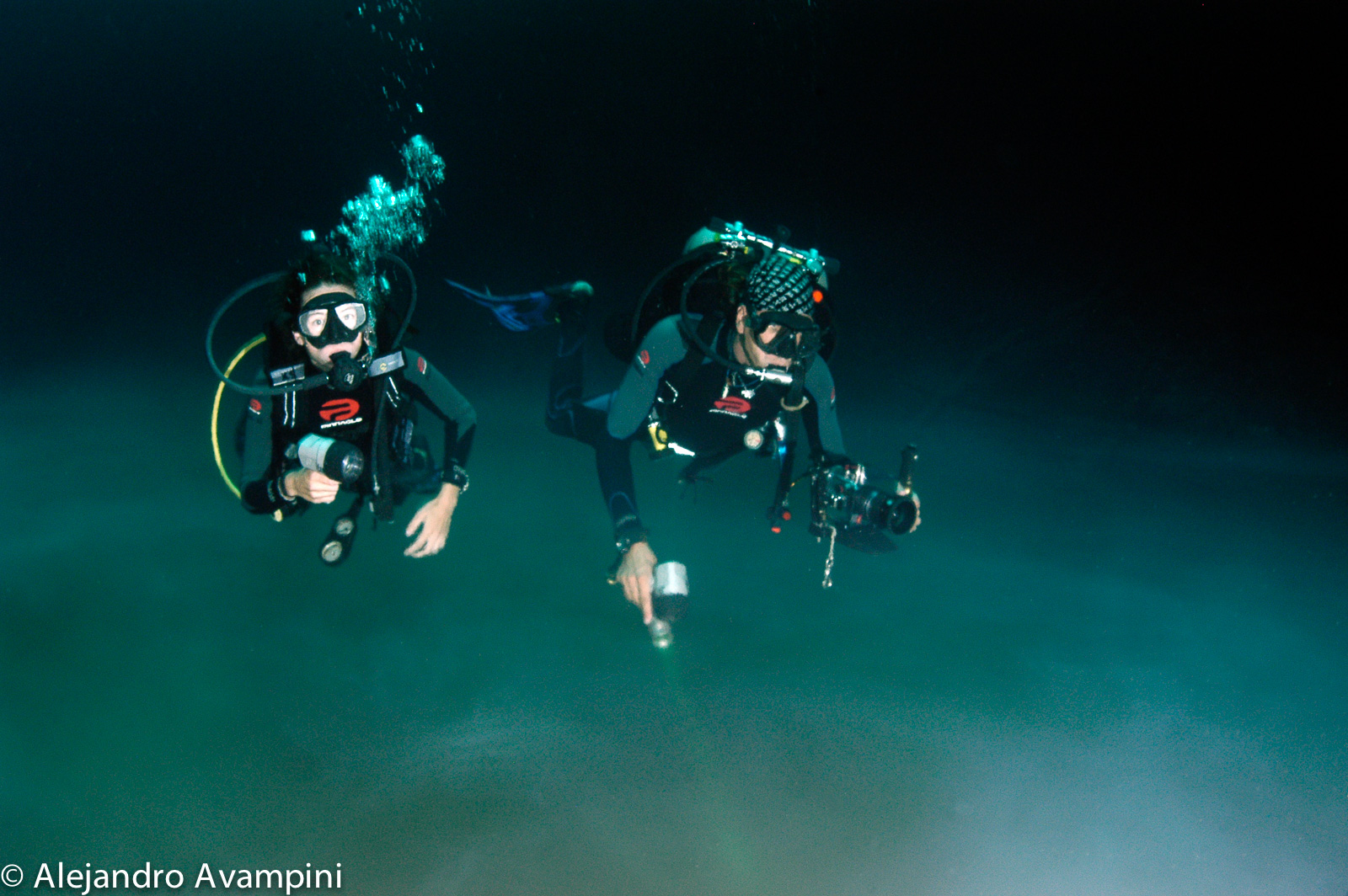 The other 3 have light input because some caves located above sea level the limestone rock roofs became too thin to support themselves, collapsed and created open, semi-open and deep open cenotes. Today 1,000 cenotes have been located of the approximately 4,000 that are believed to exist in the State of Yucatan and 1,200 km of underground rivers have been mapped for 40 years, the calculation is that they are only 20% of the total. 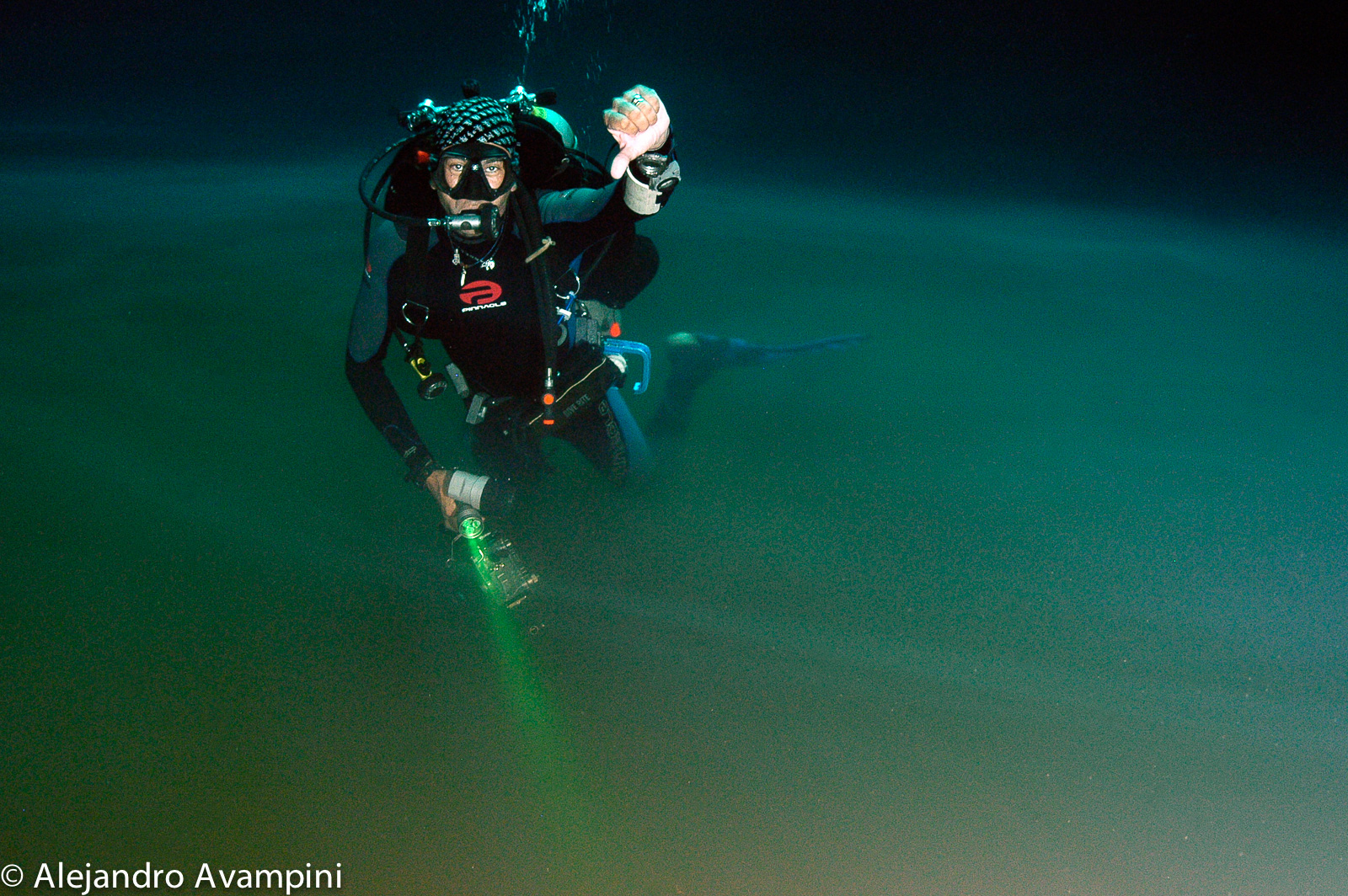 That said, you would be correct in assuming that if you travel from north to south and from east to west the Yucatan Peninsula, all the time you will be on a floor made of remains of corals and calcareous rock crossed by a system of river networks. underground. The cenotes, in most cases, are widening of this network of fresh water courses that go down the slope and mix with the salt water when they reach sea level. 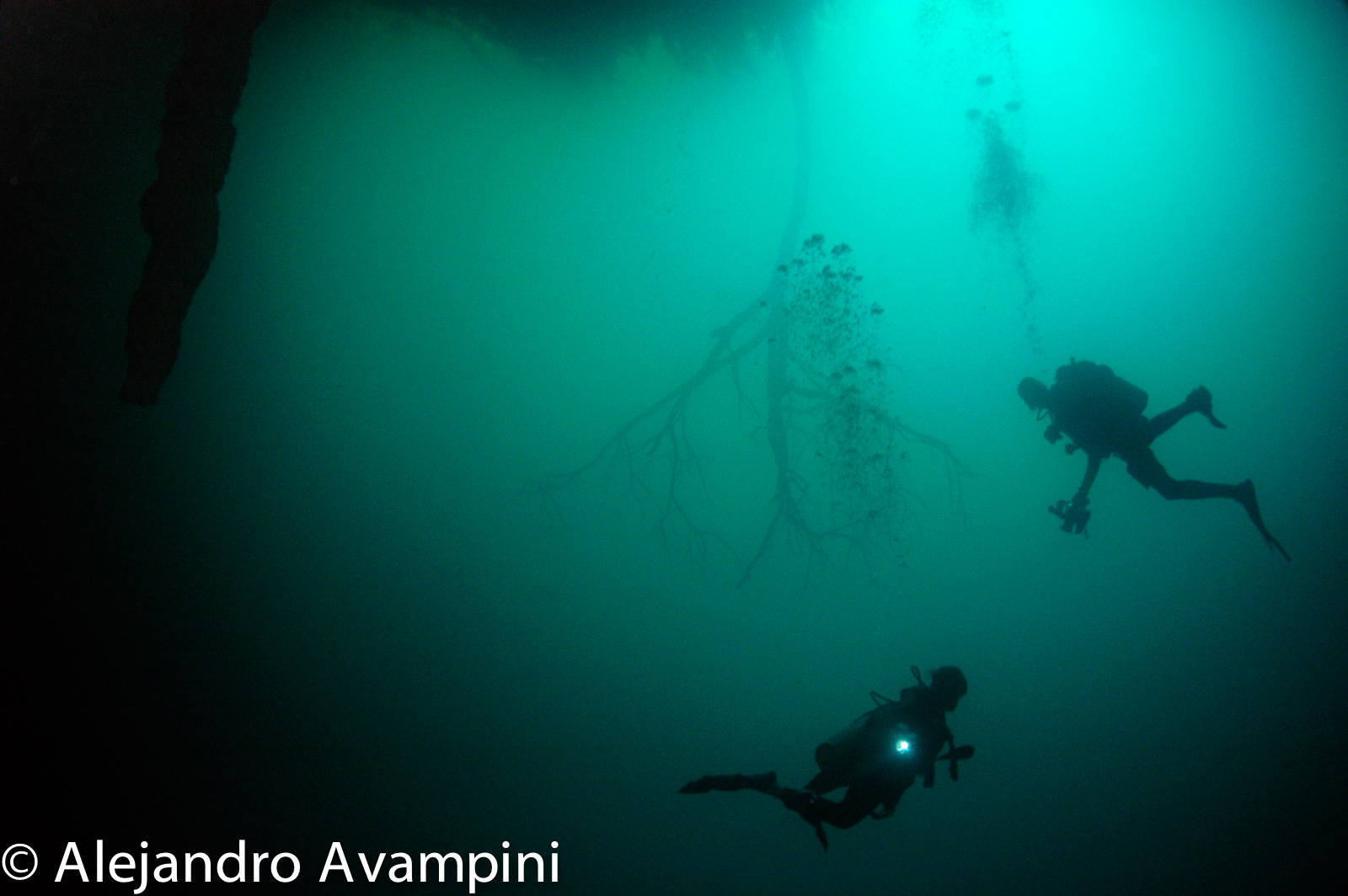 In the continental zone, marine water, denser than fresh, can penetrate through the bottom of the phreatic system. Consequently, there are cenotes in which from a certain depth the water goes from fresh to salty, even many kilometers from the coast. 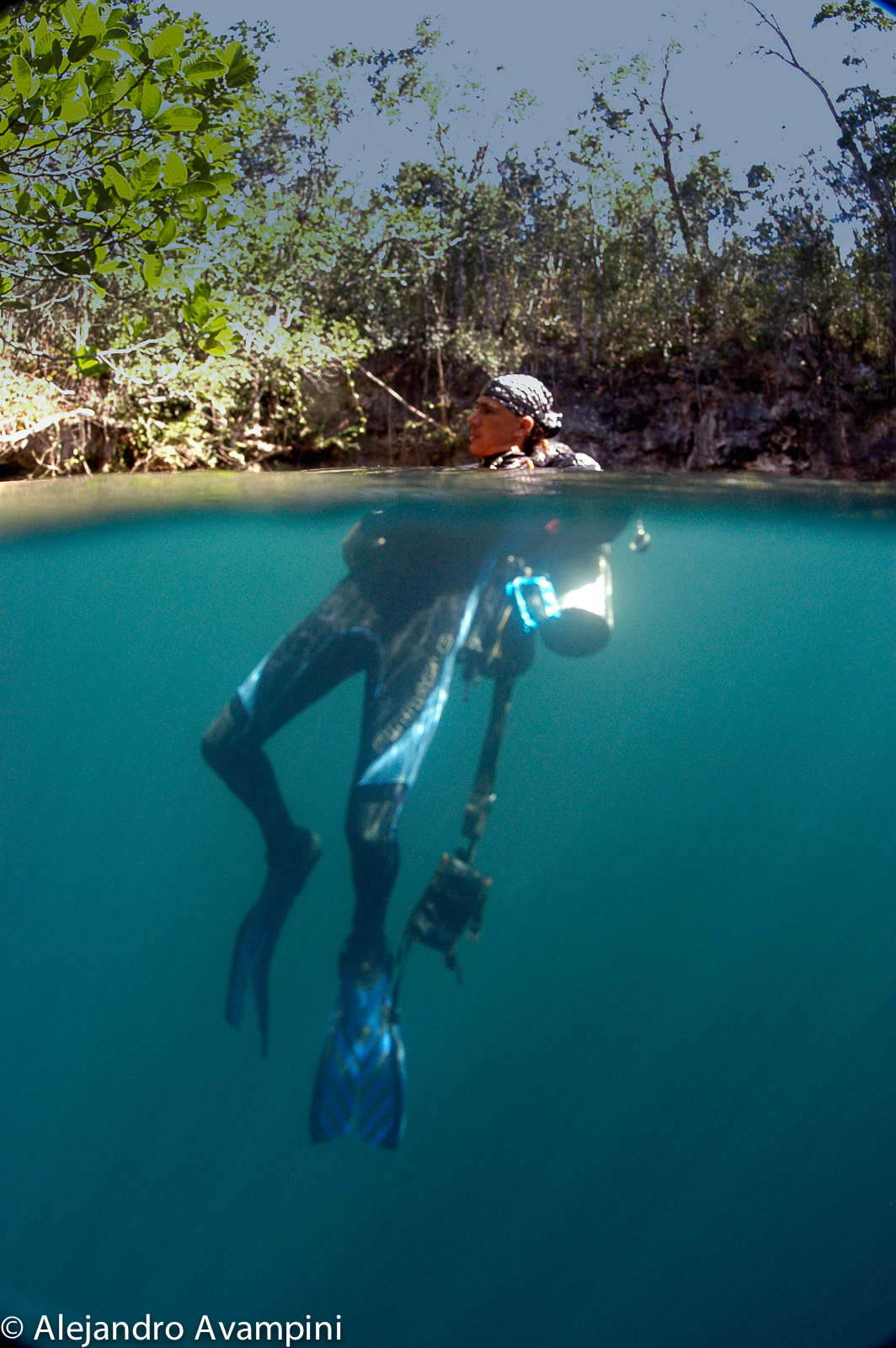 The contact surface between fresh and marine water is called halocline, and it causes interesting visual effects because the meeting of these waters that do not mix and have different densities, creates a viscous and cloudy vision. A layer of hydrogen sulfate that looks like a cloud, from above, is a consequence of the vegetal decomposition of the leaves, plants and the rest of the forest that have fallen since ancient times. Being less dense and heavy than salt water, but more than fresh water, they remain floating between the 2 waters.

Warning: All rights on all photos published on this site is the property of their respective authors. Using without permission is strictly prohibited

Please do not upload meaningless or poor quality photos ESPECIALLY to the gallery. Otherwise you may be banned. This platform is for good and high quality photos only
Upload photos to marketplace (up to 10 files at once)
Available only in the marketplace for searching and buying. Unlimited uploads

Available in the gallery for rating and comments (also can be listed for sale). You can add a limited number of photos according to your account type
*You can upload unlimited number of photos to marketplace or portfolio,
choosing up to 0 files at once
Sign up

Join the Photocentra community
Discover more inspiring photos from photographers around the world. Take part in discussions and get recommendations.
Join the fast-growing community
Sign up
Or

Please wait, whilst the data is being saved
Using cookies we'll bring you the best experience on the website Learn more ❌